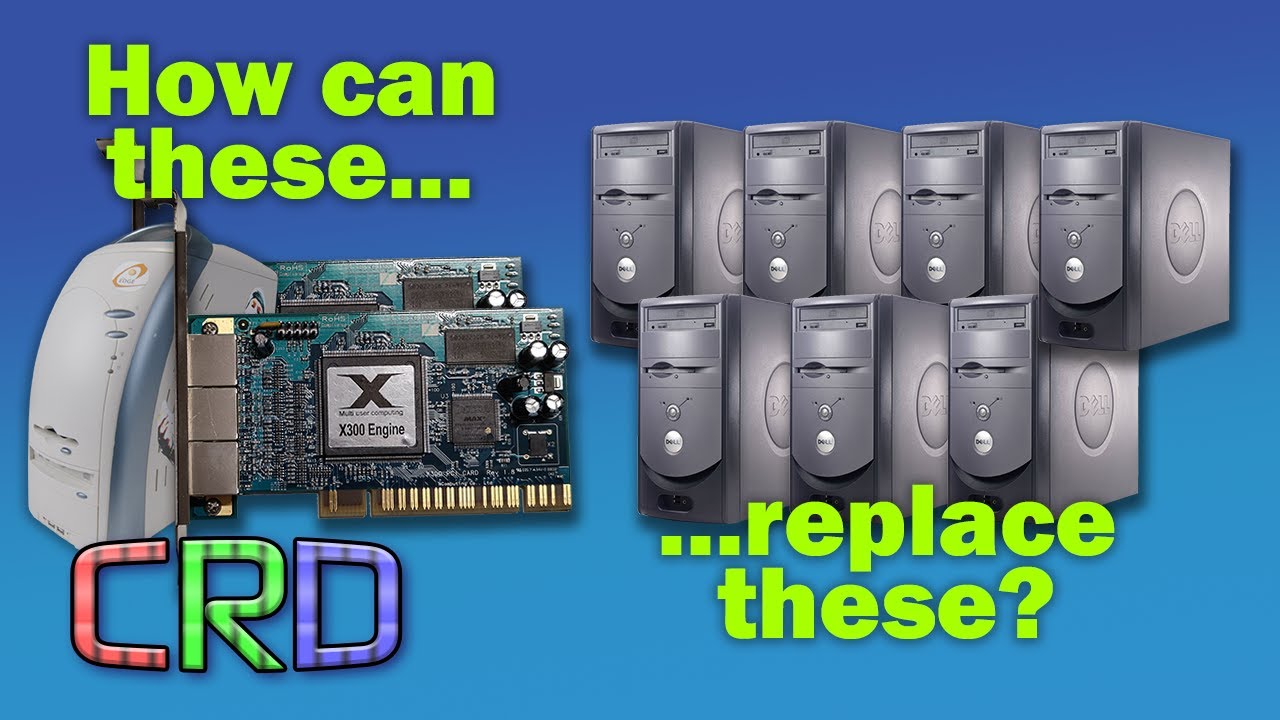 How did a company in the mid 2000s figure out how to cut the cost of computing six times over, and why haven’t any of us heard of it? How did they work around Microsoft’s legal limitations? Can it run Crysis?

I found this product for $4.95 at the local junk store and, as usual, it caused me to discover an entire universe of capabilities I’d always wanted but believed were impossible. As a result, I spent three weeks figuring out how to demo it in a way that would communicate the scale of the whole thing, hence the extreme length of this video.

One style comment I would like to make: I realize that during a couple sequences you can’t make out the details on the monitor unless you’re on a full desktop screen. I could not find a graceful way to solve this problem, and I felt that my narration was sufficient to fill the gap.

Regarding NComputing:
I am such a doofus that it took me until the last hour to realize that this video could be construed as an ad, since this company still exists. I had kind of a moral crisis, because I detest the idea that someone might think I was shilling.

Eventually I realized I didn’t need to feel bad about it, because by all rights the problem shouldn’t still exist. I don’t think you should buy NComputing’s product – I think Microsoft should be nationalized and we should build this feature into every PC.

Microsoft has proven that they could do this and simply choose not to, even if you want to pay them for it. Linux has even less excuse – why is this feature not just a mode you can enable while installing Ubuntu? Instead you have to follow reams and reams of baffling instructions, assuming you even learn that this option exists (in 25 years, I never did), and I promise it’s going to be extremely fragile after you get it working.

If our world is going to be so stupid and broken that this company still has a reason to exist, then I guess I can’t blame myself. It’s not my fault that third parties are still the only game in town for a simple and bizarrely-unserved need.

Support me on Patreon:
Tip me: